Travel the caves of Speless as you clear hordes of enemies,do quests and free the humans of their captivity. Choose your destiny, fight with or against the legions, build your legacy, gain experience and banish Thanoris from the land of Beldemor once and for all.

Travel the land of Beldemor, build your own legacy, free your people, fight with or against the legions, defeat “Thanoris”.

Hey there! Great game idea and pretty art but game design overall is not very good. Mechanics are all over the place and most of the things are poorly explained. Visuals are also messy. The player controller feels good, jumping and running feels good but are not responsive at all. 50% of my inputs are ignored randomly and it just starts getting annoying really quickly. Combat is basically there and nothing more. Again, irresponsive controls, half of my attacks are not registered, enemies just randomly deal damage (they have no animations so it's hard to tell if they attack or just apply damage), the combo system is also there, but feels bad. Attacks are too fast, you're pretty much stunned for the whole time while making a simple combo, feels like an old slow-paced Zelda game that does not fit into the game since the movement and enemies are fast. You could fix that by just making everything responsive and balancing some stats like the length of the attack, hitbox sizes, etc. As well as adding some smaller details like small dash while attacking or canceling gravity for a moment while doing an air attack and so on. Enemies need animation and player needs to know when they're going to attack. This way player is expected to just randomly hold RMB to block and there aren't any penalties for holding RMB constantly which makes everything else combat-related pointless. Traps (shooting arrows) have no indicators from where they are fired so the player just needs to have next-level reflexes in order to dodge them. Ladders don't work for some reason, I tried every key on the keyboard as well as restarting the game, I'm not sure if it's a bug or a missing feature but it needs to work. All levels feel the same, more precisely every other room/scene has the same feeling and whenever I go to the next room I just feel like I'm doing the same thing again and that I'm not progressing. They are too big to just purely memorize them and they must have some landmarks to at least let the player know where he came from or where he needs to go etc. Memorizing 6 different rooms (that's how many I explored) that look almost exactly the same is very hard for anyone and it doesn't feel rewarding at all. Memorizing them just feels boring, repetitive, and annoying. Interactions with crystals and NPCs are completely unclear. I just found myself spamming F the whole time because I don't know when I can and can not interact with something/someone. The game does not have any progression, killing enemies gives nothing, destroying boxes does nothing, collecting coins feels like it's doing nothing except increasing the number in UI. Even if there are some things like abilities or shop or something similar, I spent 30 minutes playing and encounter nothing similar to that, that's the main reason why it's feeling pointless. Dialogues are just there to exist, they might serve some purpose, but they feel like they just existing just because. They are basic, no rewards, no changes, no events, etc. They could use a lot of work. On the visual side of the game, the art is great, animations could be better but are good for now. Particles make no sense, especially for picking up coins. Yes, it does feel satisfying to collect them, but after few times it just gets boring and stays senseless. UI doesn't fit at all in the game and colors are also standing out too much. Health bar IMO would be better to be switched to hearths and objectives need to be more "flashy" in order to let players know that they are important. Not just some random UI elements. Dialogue UI is not good, you're forced to press F to continue to the next sentence which is not intuitive at all, and they are hard to read. Mostly because of unclear and messy font and because after each dot or exclamation mark, there are no spaces and smaller things like that.

But besides all of this, it has great potential and I'm looking forward to seeing this becoming something bigger :>

First of all I would like to thank you for the feedback. I have had a lot of closer people coming towards with such positivity, that it was not really helpful in the sense of player feedback.

This is an early prototype of the game, mostly released early exactly to hear from people like you. The game will hold much more in sense of quests, alliance building, branching stories. This is the beginning of it all.

I love how much detail you go into. First of all, the visuals are something that is being worked on for the next upcoming updates. I fully agree that too much of the game felt the same, too bland and too big. Next update 2.2 was supposed to give that life, with 2.1.5 showcasing the visual changes so far.

The enemies do have animations except the bat, who's purpose is to chase you around, but I hear you and Understand the plain collision damage is an issue. As for the blocking I will work on a system to make it just right for the end idea.

Inputs, yes sadly I have noticed the issues myself, but when I do work on the game, on the side of my job, I try to catch those things and improve them. This should not be a problem in 2.2 or at least the beginning of the problem solving. Sadly I do not think I can have the time to fix it before 2.1.

As for the attacks, I will look into the balancing attack for everything, enemies, player and we are talk with the teams artist about the combat rewamp.

UI is something that is bugging me as well. I see that the font actually is a problem and I will rework the buttons and get/create a new font for the following updates as well. 2.2 or 2.2.5...

In 2.2 I want to add a lot more of a story, let the player know what he is actually supposed to do and Yes I do have to learn to explain you the player what is the objective better. That is in the works.

2.1.5 should give a better feel to the game, a little bit and I will most likely work on everything mentioned.

Thank you so much for playing! Best regards,

P.S - Love the game. Just a few glitches/bugs there and on.

Very gucci game. Stuck on level 3 because i had too little patience.

Hey this is a really cool game! The art is really nice, I like the particle effects. The controls are super tight and the gameplay is intuitive.  It definitely felt like my fault every time I died, so it was very much skill based. I think a cool idea would be to add a death count? Because I can see myself dying a lot lmao. didn't quite make it to the end (level 3 I think?) because I couldn't find the exit, so I think the level design could be better.

Thank you for your comment!The death count is a great idea.And the maze like level design is there to make you look for the exit more and memorize the map as you go farther. 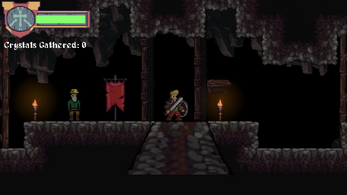 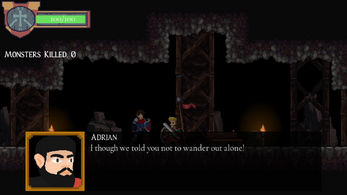 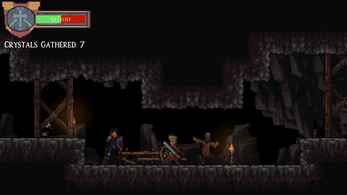 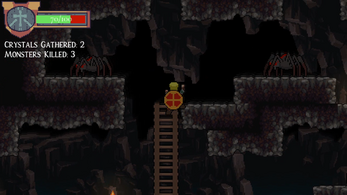 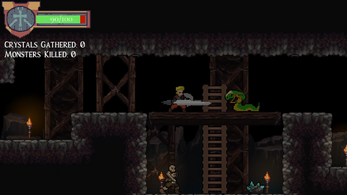